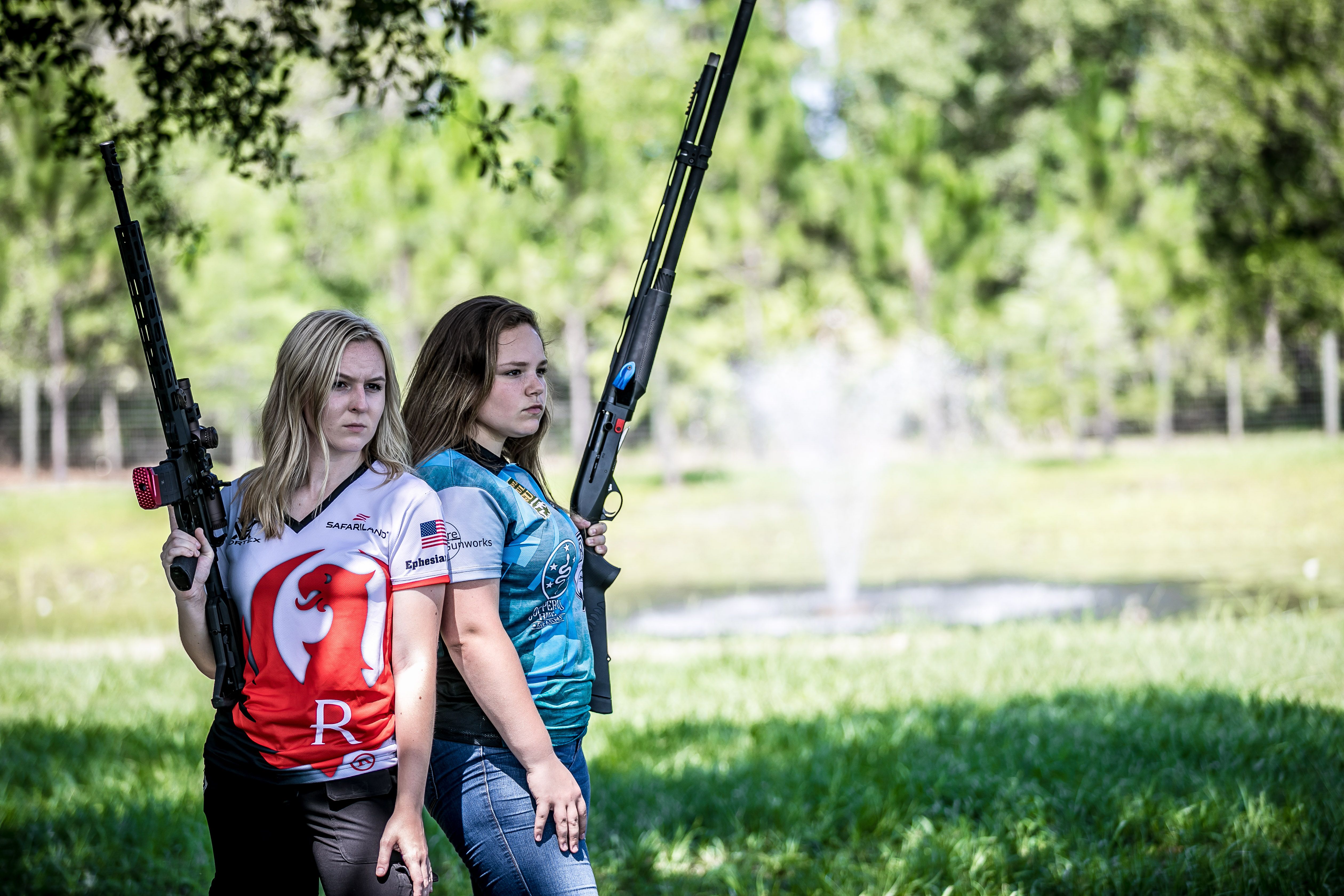 This blog post is a little bit different than others that I have done. Currently, I am enrolled as a student at Liberty University Online to pursue my degree in Strategic Communication and Social Media Management.

There is no doubt that social media has become a driving force for change and has begun to affect everyday lives of citizens all over the world. A large segment of our population uses social media every day, “… today Facebook can be proud of averagely 1.32 billion active users every daily” ( Pap et al., 2017, p. 902). The fact that around one-seventh of the world’s population (Current World, 2020) is active everyday on a social media platform shows the sheer power that it has to influence minds and lives. Much of the audience of social media consist of young people “including 80% of people between 18-29 years old” (Kruse et al., 2017, p. 62). Social media brings an awestruck youth in a close contact with popular figures and creators from all over the world to access information and learn about topics that they were not previously understood. There are positives and negatives to this variety of information, especially political, that is shared by celebrity figures in our society that greatly impact our youth population. Social media platforms allow for instantaneous mass message sharing, strong two-way engagement, and a possibly false sense of trust between creators and their viewers in regards to political issues and topics.

The ease in which social media allows messages to be shared is a key factor in spreading of news on a mass scale. Instantaneous message sharing is key due to the fact that the “Internet is relatively accessible and, in theory, anyone can distribute information” (Kruse et al., 2017, p. 63). Celebrities like Charli D’amelio or Amelie Zilber share political messages online and it circulates extremely quickly due to a mass following who are largely young people. 16-year old Charli D’amelio, now the most followed TikToker, shared a message on her platform regarding the Black Lives Matter movement on May 30th and in three months has over 317,600 direct shares and a multitude of indirect shares. Similarly, a teenage activist by the name of Amelie Zilber has garnered over 46,000 shares since August 5th regarding the horrors of recent explosions in Lebanon. The nature of this quick and direct post sharing can prompt “respondent’s online network of friends… and interest in politics” (Dumitricia, 2016, p. 43). The element of messaging that is missing is the distribution of Scriptural backing in political claims that are made. When sharing information regarding incidents and tragedies that often are used for political agendas, it is important to consider verses like Romans 1:12, “that I may be comforted together with you by the mutual faith both of you and me” (Reformation Trust, 2015). Ensuring that Biblical and foundational principles of life are being shared above and beyond political motivations would ensure more healing than an informational message ever could.

The downfall that comes with instantaneous message sharing on a mass scale is found in the reliability of information. Due to the immediate nature by which articles, new stories, videos, and photos are released to an audience, it is nearly impossible to know if there has been proper fact checking on the information. The “intent and agenda are crucial” (Dumitricia, 2016, p. 46) to knowing whether a source is trustworthy or not. As a Christian, it is imperative for an audience to seek Christ in all and stay in prayer. The spread of false information in society will be even more rampant if Christians involve themselves in instantaneous information sharing. Thomas Watson said, “A Godly man consults God in everything; he asks God’s permission and his blessing” (Watson). There is an evident need for Christians to seek information that is glorifying to God for sharing, rather than that which stirs purely emotion.

Information like that which was shared by Zilber and D’amelio engage young people in a discussion among their peers that may not be found in a “real life” setting. In a research poll conducted in 2017, there was a significant conclusion that “the more active young people are on Facebook and Twitter in political discussions, the greater is their intention to participate in online political activities” (Pap, et al., 2017, p. 908). With more activity, comes more information circulation and this creates an even greater reach of messages online.

With the decline of face-to-face interaction in modern society, two-way engagement has become more important than ever. The engagement that happens on social media can create bridges between people who will never actually come into contact with each other in the real world. To create these exchanges, it is necessary to view “social media as a key driver of growing participation of ‘ordinary people’ in the media” (Manning et al., 2016, p. 130). Bringing everyday citizens into engagement with those they see as important and in the limelight creates an individual feeling of importance to spur action. Due to the increasing popularity of two-way engagement on social media, the observation made by Francesco Alberoni that there is “a massive gap in the power of stardom… the ‘powerless elite’” (Marshall, 2019, p. 90) is now not supported. With the closing of this gap between those in stardom and the average citizen, friendship-like bonds are experienced and these encourage a sense of trust.

The beginning of building a platform that shares information is creating a following, “on a basic level, the structure of the pervasive production of our online persona involves developing a following—a somewhat religious or cult like moniker” (Marshall, 2019, p. 96). Along with a widespread presence, there is a duty that the Christian has to humble themselves and put aside the lusts of earthly things in favor of glorifying God through their platform. According to Matthew 23:12 “he that shall humble himself shall be exalted” (Reformation Trust, 2015) and this is what must be done when Christians are given a platform. This also must be the mission of Christians in their witness to others who are sharing viral content and messages that have an affect on a wide audience.

Aside from the usual actors and actresses, politicians are gaining a large social media presence that allows them to influence young voters. This causes an excitement for young people in that there is “the possibility of engaging in personal communication with
politicians” (Dumitricia, 2016, p. 42). Generally, politicians are looked at as an untouchable elite that does not have contact with the public. When the gap is bridged, whether through a personal comment or like on social media or a famed celebrity posing with a political champion, it creates a feeling of personal comfortability with those in the audience.

The issue that comes from two way engagement on social media is an “identified lack of respectful discourse, especially regarding politics” (Kruse et al., 2017, p. 69). Though engagement is a very positive thing and can help to build a large and trusting following, it allows for bullying of different opinions. Danger arises when there is not respectful discourse because an echo chamber can be created because “algorithms prioritize information consistent with what users view and search for online” (Kruse et al., 2017, p. 66). When a mass amount of young people are seeing, liking, and engaging on one viewpoint it is likely that they will take on that opinion. Through algorithms, they will constantly be validated and fed information that reinforces that one type of viewpoint, creating the aforementioned echo chamber.

False Sense of Trust in Creators

Trust is a key building block when creating a following that will listen to your opinion on public and political issues. Often, creators build this trust by showing themselves doing relatable things like “politicians were ‘normalized’ by social media uses which showed them with celebrities ‘hanging out’, able to ‘have fun’ or making mistakes” (Manning et al., 2016, p. 133). These normal activities and participation in them breeds a familiarity that likens elitist societal figures to everyday citizens. Understandably, people want to relate themselves to those that they look up to, but the breeding of trust and a relationship by seeing likened behaviors can create an unstable platform of trust. Truth must be built upon a foundation of reliance on the Lord. If Christians begin to rely on celebrities and politicians as the source of truth, the Church and God’s people within it will begin to crumble and become even more of a minority than they already are.

Many candidates for office have started using social media and a popular campaigning tool has been social media. Creating a sense of “befriending the candidates left respondents feeling empowered” (Dumitricia, 2016, p. 47) is a conclusion that was drawn in a study done on politicians and social media campaign engagement. Participating in conversation and having those in positions of power acting as friends and having seemingly typical conversations with viewers regarding issues and everyday topics is the basis of creating a trustworthy bond between creator and viewer.

The impact of social media as a whole on everyday life is undeniable and along with it, social media’s impact on politics is widespread. Though not all positive, it is certainly present. “Obama’s evident success in tapping into different audiences by means of Twitter and other social media platforms” (Krzyżanowski and Tucker, 2018, p. 141) is what jumpstarted the understanding of the impact of reaching fragmented audiences through social media outreach. This may very well have been one of the major reasons that President Obama was elected into both his first and second Presidential terms. Through taking advantage of a previously underused campaigning tool, he created success and reached demographics that would not have been so easily reached otherwise.

In terms of reaching people, social media impacts like no other. Very clearly represented in protesting, social media has been “intrinsically motivating personal expression that can be shared across social networks that, in turn, link people to larger protest networks” (Bennett, 2012, p. 28). Due to the ability to reach and build more contacts with others, “scholars have also seen social media as one of the key potentials, but also dangers, of politics in the context of wider democracy” (Krzyżanowski and Tucker, 2018, p. 142). It can create a mob mentality by the “echo chamber” (Kruse et al., 2017, p. 65) that diminishes the variety of thoughts and ideas that are presented to people. This greatly influences voting by segregating patterns of thought and removing information from the view of the public due to the algorithms on social media.

The overall message that is key to the connection between politics and social media is creating a specialized and personal experience; this “social fragmentation and the decline of group loyalties have given rise to an era of personalized politics” (Bennett, 2012, p. 37). Though politics is open to many people it has “contributed to the solidification of politically elitist behavior” (Krzyżanowski and Tucker, 2018, p. 143) that keeps regular individuals from viewing and finding trustworthy information. Over time and as social media continues to change with society, greater impact will likely be seen. It is impossible to know what the future of politics will be as social media continues its’ evolution. Currently, the world is going through massive transitions due to COVID-19. There are increased calls for online and mail in voting that would change and step towards the downfall of face-to-face interactions and greater develop the faceless society that has been building in the United States rapidly over the last decade. Proverbs 3:5 instructs the believer to “Trust in the LORD with all thine heart; and lean not unto thine own understanding” (Reformation Trust, 2015) and this trust must be the center of the Christians involvement with politics and the media. If, as Christians, we begin to lean on anything but Christ as the source of truth (including social media), there is no telling what dark times may lie ahead.

Marshall, D. (2019). Celebrity, Politics, and New Media: an Essay on the Implications of Pandemic Fame and Persona. International Journal of Politics, 89–104.

Watson, T. The Godly Man’s Picture, Drawn with a Scripture Pencil, or, Some Characteristic Marks of a Man who is Going to Heaven. The Godly Mans Picture. https:// http://www.gracegems.org/Watson/godly_mans_picture3.htm.